Organized by the Greater Charleston Restaurant Association, some 140 Lowcountry restaurants are part of the Jan. 8-19 event, offering special pricing for multi-course meals ranging from $20-$40 per person. Some places offer less expensive lunch specials. The full list of restaurant week eateries can be seen here.

Saturday's rain didn't deter us from making our reservation at 82 Queen located downtown at, of course, 82 Queen St. between Meeting and King streets.
﻿﻿
This would be a first time visit for us to 82 Queen- and based on our five-star experience- we will be back.

The restaurant is broken up into several small dining rooms downstairs and upstairs.

We were the first guests in a small four table room downstairs. It was quite cozy with dark wood, book wallpaper on one side and antler light fixtures.
﻿﻿﻿
For Restaurant Week, 82 Queen offered a three-course meal for $30 per person. As appetizers, I selected the pork and beans soup, which was chunky and delicious. Alesia was very impressed with her She Crab Soup. (See the full restaurant week menu below)

For our main course, we each had the Queen's Barbecue Shrimp & Grits. I've had this Lowcountry favorite at numerous restaurants downtown. I'll put 82 Queen's rendition in my top three for sure.
It was delicious with creamy grits and large tasty shrimp. The portion was just right, not too much or not enough.
﻿﻿﻿

The shrimp and grits dish was as good as it looks in my photo here! It's topped with Southern Comfort Barbecue Sauce, apple-smoked bacon, cheddar cheese and green onions.

With the shrimp and grits, side dishes are not offered, and are not needed. I did order more of the delicious biscuits, which made a nice complement to the entrée.

Our server was very good, with a positive and cheerful attitude, despite having to dash in and out of the rain outside, 82 Queen having the segmented dining rooms that it does.

Jazz music played at a pleasantly low level.
Everything was perfect really...especially the final course...our dessert!

The chocolate cake slices were larger than the server described. I had no complaints about that. I can't remember ever having better chocolate cake!

82 Queen was a hit with us. We'll be back and not just during a future Charleston Restaurant Week.

Our bill for the evening was just more than $100 (plus tip), but we had a couple of the special cocktails to start off the visit and then a glass of chardonnay with our shrimp and grits dinner.

We'll cross another "haven't been" downtown restaurant off our list next weekend when we visit Peninsula Grill near the City Market. 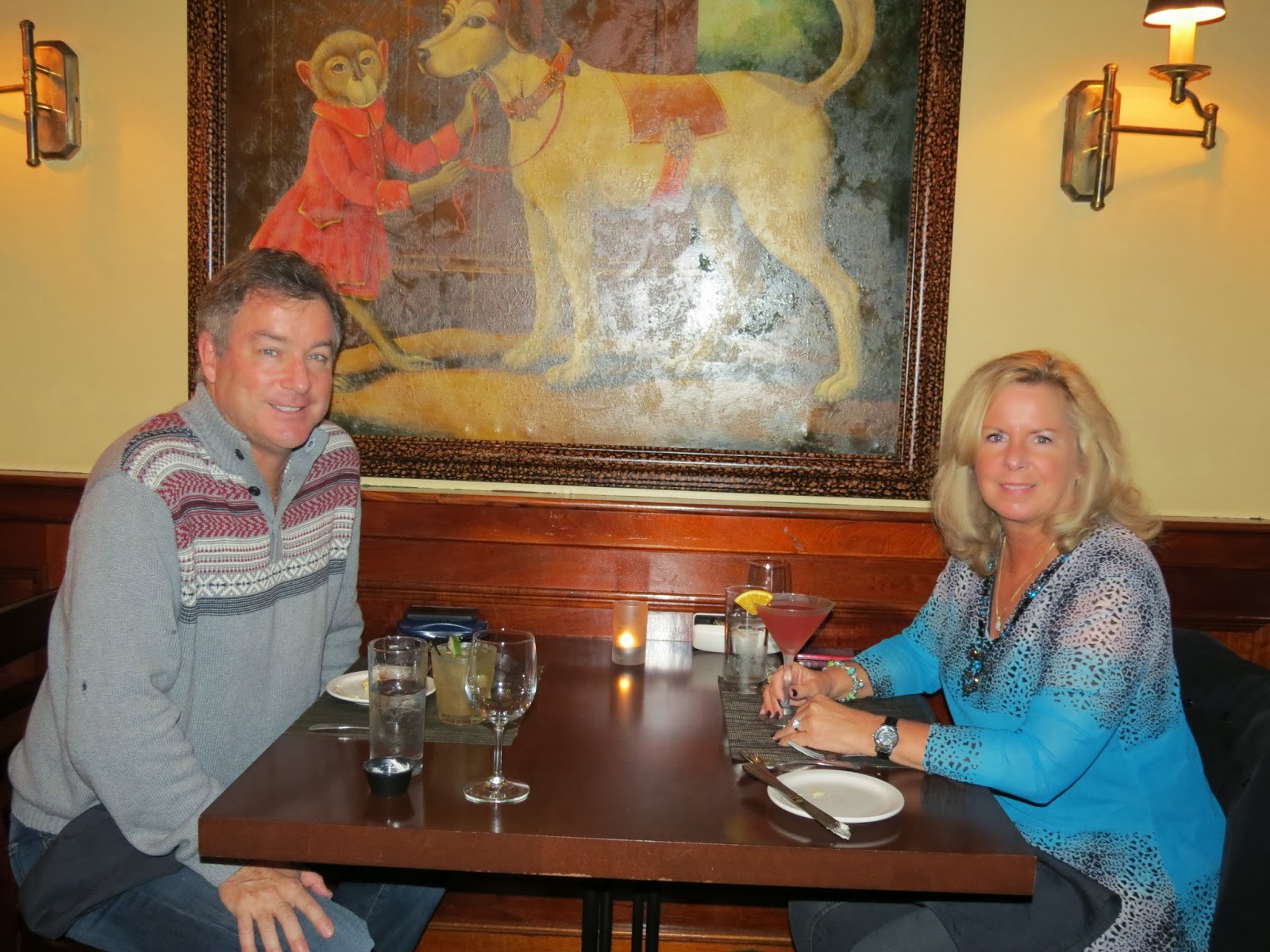 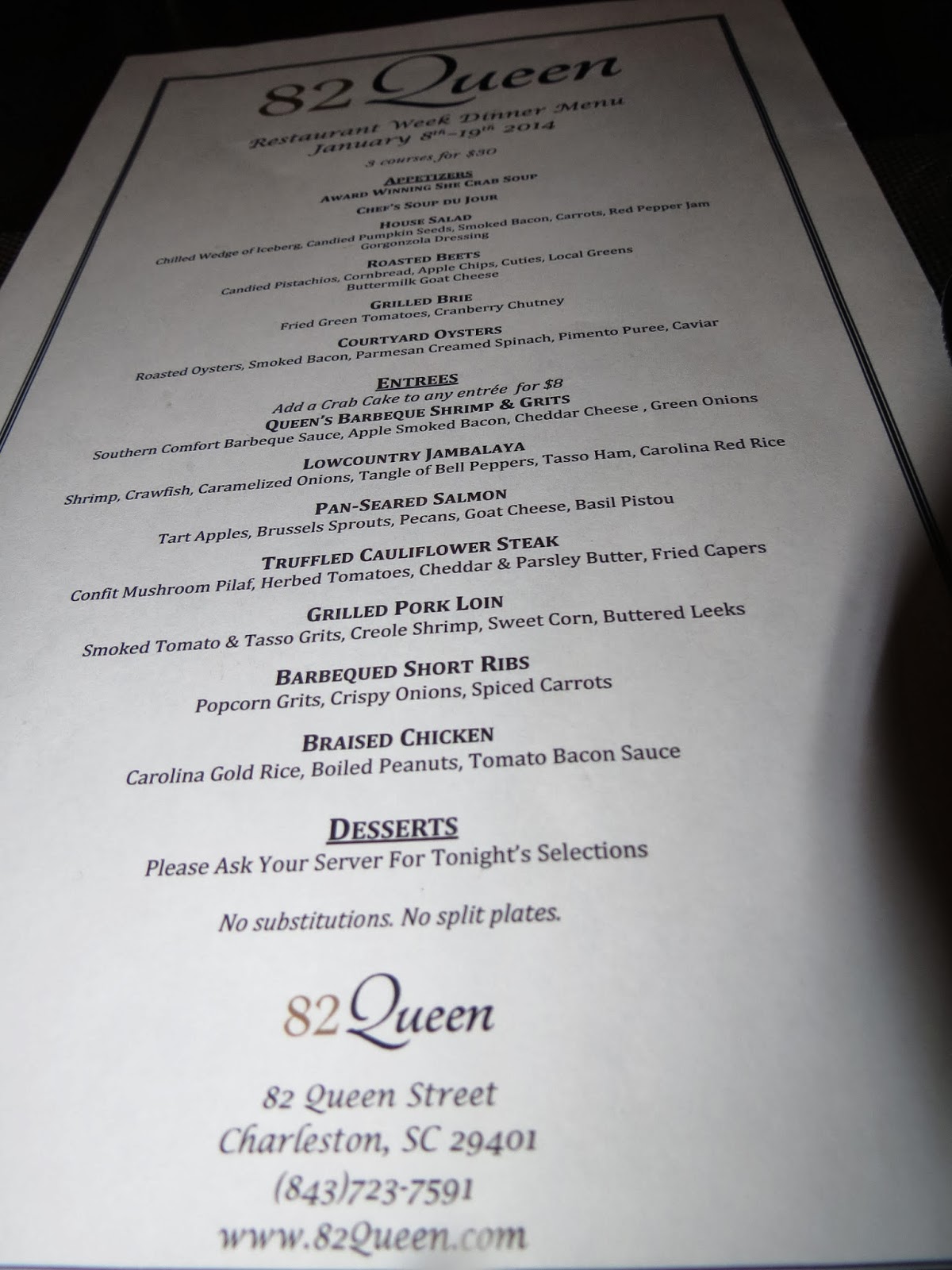